A World Without the Banana? 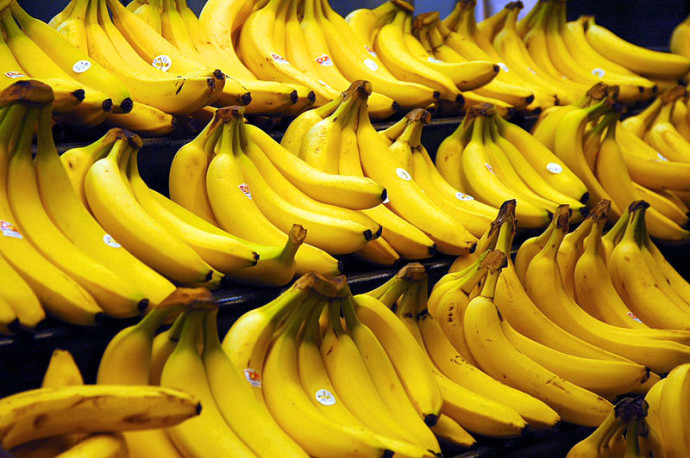 Did you know there are many types of Banana’s other than the common yellow type you see at the store?

The cultivars Dwarf Cavendish and Grand Nain (Chiquita Banana) are the yellow ones. Grown for their superior storage life, and taste. But did you know that they might be unavailable in 10-15 years due to lack of genetic diversity?

The Panama disease attacks the banana plant’s root, and since it kills so many plants the banana would become unavailable at the stores. The former yellow banana Gros Michel no longer grown to be sold due to this disease. The race for a resistant variety is on, and its not known if it will be possible to have a banana that is so close.

Also, did you know the yellow banana wouldn’t be so yellow if it wasn’t gassed?  When bananas are exported they ship them green, then when they arrive here they stuff them in a room and gas them with ethylene ! Thus making them even more yellow then they would naturally be if left on the tree to ripen.