Winter Sowing, AND Recycling -A few years back I decided to try and start sowing seeds while there was still snow on the ground!  So, I grabbed a bunch of different seed packages I had laying around from, many years before.  I grabbed a few old 1 gallon milk jugs, and cut the bottoms off.  Then I swept away some snow, dumped some potting soil in that spot, and sowed the some seeds.  After that, I took the bottomless milk jug, and covered the seeds. 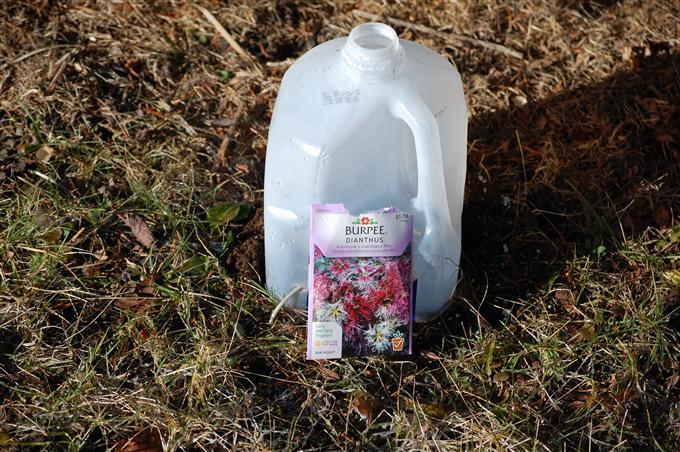 Well, a few days later and a few snowstorms the milk jugs were all over the place.  Now I had to figure out a way to hold the milk jugs in place.  I poked 3-4 holes near the bottom of the bottomless milk jugs. Then I cut some pieces of electrical wire about 6″ long and mad a hook at the end.  The hook then goes into the hole in the milk jug then stuck into the ground. If you recently had an ice storm  and the stakes don’t go into the ground so easy, use a skinny screwdriver (size of the wire or skinnier) to make the hole first.  This works VERY well!  No more milk jugs blowing around in the wind! 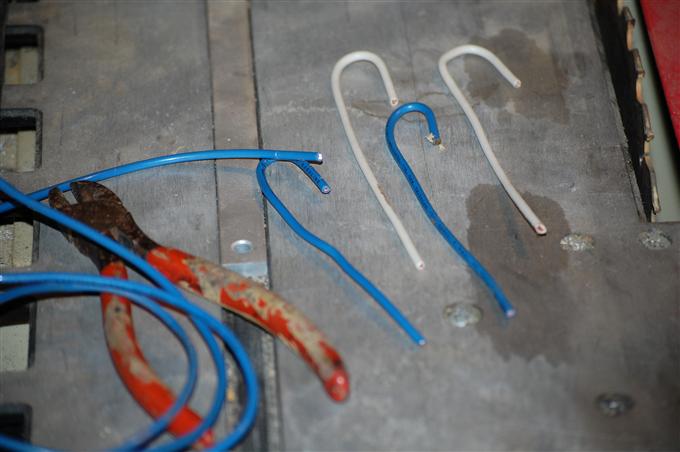 And as far as the seeds, they sprouted in spring around the same time the daffodils were blooming.  I left the bottomless milk jug on top of the seeds till they were about 6″ tall, and with 3 sets of leaves.  I have only used this method for perennials but would assume it would work with most annuals as well.  My favorite part of using this technique is that I can sow the seeds directly into the garden, and not have to worry about transplant shock, or actually remembering to transplant them!

Also this gives the seedlings a chance against the rabbits!  By the time the milk jug comes off, rabbits usually have more food to eat.